I Don’t Understand My Child’s Rage Anymore, Am I a Bad Mom? 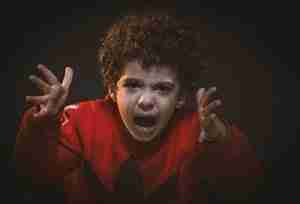 I have never been very confident about my parenting skills, or any skill for that matter. While I always wanted to be a mother, I guess I never really learned how to be a good one. When I looked at my 10-year-old son bursting in rage over minor issues until a year ago, I truly felt I had failed as a mother.

No, I am not talking about a regular ten-year-old whining about a video game or a new bike. What I see in him is not a normal temper tantrum. Yelling your lungs out with a face so red that you could paint the town with it, punching the wall hard, Hulk smashing things around you are not the signs of normal anger.

Here’s what happened at our house last week:

Rob was looking forward to wearing his favorite Flash t-shirt to the school that day. I washed it about a week ago and kept it in my closet while folding my other clothes. I was supposed to put it in his closet but I forgot to do that for some reason. My bad.

On the day of the spoken event, I was out for jogging early morning. I always come back right in time to make breakfast for Rob. When I came back home that day, I saw him sitting on the couch in the living room, his whole body shivering, his eyes pointed towards the floor, fists clenched. I knew what was wrong but had no idea why.

I had nothing to do but ask what’s wrong. To answer, he did not utter his words, he simply threw them on my face with all the force in his vocal cord. He started yelling so loud that I’m sure if aliens tried to listen very carefully, they would have listened. So his Flash t-shirt was missing. Too bad!

But that does really justify all the yelling, ripping off the couch cushions and smashing the fruit bowl and remote control to smithereens?

I didn’t say “calm down” to him because let’s face it, no one in the history of mankind has ever calmed down when he was asked to calm down. So I apologized for my carelessness and went ahead to hug him.

Sounds like a happy ending, doesn’t it? But let me complete my sentence.

So I was gently hugging him when he gave me one hard push and bang! My butt hit the floor. For a second there, I thought I cracked my hip bone or something. It did hurt. For a 10-year-old, Rob was quite strong.

Anyway, I picked myself up and stormed out of the living room. I was angry, humiliated and honestly, quite clueless too. This whole rage act for a simple t-shirt didn’t make any sense to me. We did not speak to each for that whole day.

He had Eggos and left for school. I called in sick to work. Not that he didn’t try to talk to me at all after getting back from school, I just couldn’t bring myself to even look at him after how he behaved. Yeah, I can be angry too.

This not the first time he turned into a flaming monster over a trivial issue. I have seen him totally losing his shit on Halloween when his best friend didn’t show up. He didn’t look much upset, he was only fuming with rage.

Then another day when his dad bailed out on him an hour before his interschool swimming competition.

There have been many such instances. Some of them are somewhat justified and some are beyond my understanding.

I had spoken to his class teacher Mrs. Walker about it to get some insights before dragging him to the psychiatrist’s office. Nothing is wrong with taking therapy but life is still better without it.

Rob respects Mrs. Walker a lot and she too is very fond of him. After I explained everything to her, she was startled. That’s not a huge surprise to me either as I know he is a bright student and quite a hit among his peer group for his smartness, wit, and sense of humor.

She advised me to try to understand what his anger means. Anger is a mask. What’s underneath that mask is all that matters. Maybe he is struggling to learn how to navigate his emotions.

It all made sense to me. My husband and I haven’t been in good terms since Rob was 7 years old. I got to know about his secret affair one fine evening. When I had clear proof, instead of exploding, I tried to reason with him. Rob overheard our conversation one day. I thought he would not understand it much but I guess I underestimated his intelligence.

Although my husband confessed everything and promised he would never hurt me again, he eventually did hurt me again. For the sake of my child, I didn’t file for a divorce. I was too naive maybe or just a good ol’ douchebag. The entire incident took a huge toll on me.  No surprises here!

I bottled up all my disappointment, pain and rage. I tried to act normally in front of Rob but he could probably sense that what I was doing equivalent to self-torture.

He couldn’t really do anything about it which probably made him feel useless. He might have also understood why I wasn’t filing for a divorce and blamed himself for my misery. I kept on blaming himself for too long. Rob is a highly empathetic child, I feel. It’s both a blessing and a curse.

He was trying to hide is intense vulnerability beneath all that explosive anger. I did not realize all these in a day. I took my time, spoke to a child psychologist online, read numerous articles and blogs about anger issues. I tried to understand the physics, chemistry, geography of anger.

When the realization finally dawned on him, I spoke to Rob. Told him everything going on in my mind about his dad’s affair, how I feel and how he is not the one responsible for my pain. I told him how his whole existence is the only thing that helps me get through all the shiz happening with me. He was the only one worth holding onto and no one else.

Well, I won’t go into any more detail. Let’s just say there was a lot of tears that day. Then I remember there were large pizzas with extra cheese for lunch (and dinner too!). He made me watch Star Wars: The Force Awakens which I respectfully agreed to do.

For my parting words, I’d say that there’s only one thing you can do about it. Listen to your child. Show genuine interest in his problems. Listen without interrupting. Listen without judging. Don’t give advice unless they ask for it. Trust me, it works like magic. I know it’s not easy to deal with a child who is struggling with anger issues. Parents are humans too. They too get hurt. But they are our kids and we will go to great lengths to make sure they are okay. Won’t we?

7 Parenting Mistakes That Can Negatively Impact a Child’s Future

7 Signs That You’re Spoiling Your Child

Hi, I’m Alvina Emmy, a full-time mother of two gorgeous kids and a part-time blogger.Parentloves.com is my humble attempt to lend a helping hand to all those new parents, soon-to-be parents and caregivers who want only the best for their kids.
Powered by Parentloves
As an Amazon Associate I earn from qualifying purchases.
2shares